What Is a Boning Knife?

What Is a Boning Knife Used For : A boning knife has a sharp, thin, and flexible blade that can easily remove the skin and bones of meat and fish. Its specially designed curved blade lets you cut the meat away from its joints and bones cleanly without any wastage. It also enables you to cut thin and precise slices of meat and fish.

What Is a Good Boning Knife?

More often than not, the tastiest part of the meat is the one nearest the bones. If you don’t use ​a good quality ​boning knife, then you leave the flavorful part still attached to the bones. That’s what happens when you use an ordinary knife to do the job.

You can also save a lot of money if you can fillet a salmon, trim a brisket, or even cut a whole chicken using the right kitchen tool. What Is a Boning Knife Used For

A good boning knife suitable for both professional and home use is the classic type. It usually has a soft and flexible blade that can follow the outline of the bone or the fillet of the fish. Sharpening its edges using the conventional sharpening system should never be a problem as well.

Our favorite pick is the Smteng Boning Knife, and we carried out a full review for you.

Another characteristic of a good boning knife is the way it holds its edge and the length of time it stays sharp even with constant use. However, the user’s skill and familiarity in handling this kind of knife should also be taken into consideration for it to be considered functional. What Is a Boning Knife Used For

Do You Need a Boning Knife at Home?

Needing something is a matter of personal choice. In this case, a boning knife is still a knife. You can use it in so many ways around the kitchen and not just to debone a slice of meat.

​Determine what kind of cook and homemaker you are to know what your actual needs are. That way, it would be easier to know which type of knives you need in your kitchen. For some, having a boning knife in their kitchen is not as important as having the ever-dependable all-rounder – the chefs knife. What Is a Boning Knife Used For

It’s possible you could make do with a fillet knife but deboning re meat compared to fish is a different task and you may find a fillet knife iis too flexible when dealing with strong bones. Check out the main differences between a boning knife and a fillet knife here.

What Is a Boning Knife Used For?

Choosing to have a boning knife in your kitchen arsenal plus having the knowledge to use it properly will prove that this type of blade can also be useful in many ways and will be a great addition to your tools. What Is a Boning Knife Used For

It makes tasks such as deboning a pork shoulder or separating the bones in baby back ribs a doddle.

Here Is Some Best Boning Knife:

Make sure this fitsby entering your model number.
VERSATILE DE-BONING TOOL. Trim or remove meat from the bone with ease. This knife's pointed tip easily pierces meat while the curved-edge allows for smooth, clean cuts close to and around the bone.
IDEAL FOR DELICATE CUTS. Delicate poultry and fish can be difficult to debone with accuracy. The curved yet flexible blade allows for a better working angle when cutting fish or thin cuts of meat that are more intricate to bone and easily pierced.

Make sure this fitsby entering your model number.
Has a German engineered stainless steel blade for durability, balance, and sharpness
Curved blade is flexible to get the most food off of meat/fish and is for thin and fragile proteins

Make sure this fitsby entering your model number.
MATERIAL: First you need to know this is a knife handmade forged from high carbon steel and high manganese steel. It is not made of stainless steel, so after each use, you may need keep it clean and dry to resist rust. But high carbon steel has a better ability to maintain sharp edges than stainless steel. It will assist you with every perfect cut. Reasonable maintenance after every use, it will last a long lifetime.
SUPER SHARP: It is an ancient forging knife technique originating from Asia in the Middle Ages. The core of SAN MAI construction is harder high carbon steel. Wear resistant effective cutting and strength on the blade are provided by high carbon steel, while the necessary toughness, so that the knife does not split during long use, is provided by high manganese steel.It will be your stable and reliable work partner.

Make sure this fitsby entering your model number.
COMMAND THE COOK with this rugged knife. In the kitchen or doing BBQ, this is the right tool for separating chicken wings, splitting ribs, cutting through large chunks of meat and chopping through soft bones or cartilage
MAKE THE CUT with ample size and weight to help complete the cut in one efficient motion

Tags
What Is a Boning Knife Used For 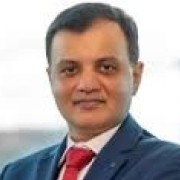 Types of knives and Daggers in 2021